About Sherry Christie, author of the Roma Amor series

How did I end up writing a historical novel on a sailboat in the Bahamas?

That doesn’t mean I finished it. The work ethic is severely tried when you’re basking in balmy temperatures with a crystal-clear sea, and your hardest decision is which bathing suit to wear.

I’ve always been a writer—first on a New York magazine, then at an advertising agency, and eventually as owner of my own freelance financial writing business, Sherry Christie the Writer. My side gig in the meantime was writing a novel about Ancient Rome. And revising. And rewriting. And starting over. And revising. And so on.

Then my ship came in.

I met a fellow who was looking for crew to help him sail his 35-foot sloop from Maine to the Bahamas. I volunteered as cook (my specialty: Chicken Rice-A-Roni). The two of us battled through a hurricane, a full gale, and sub-freezing temperatures before returning home. Reader, I married him.

I live in coastal Maine with the Skipper and two rowdy cats. Still writing, mostly about Romans. Why is that?

Find out “Why Rome?”

Over the years, I’ve also co-written, ghostwritten, and/or edited a number of nonfiction books. (Sometimes these things happen before you can think, “Darn! Why didn’t I use a different name?”) 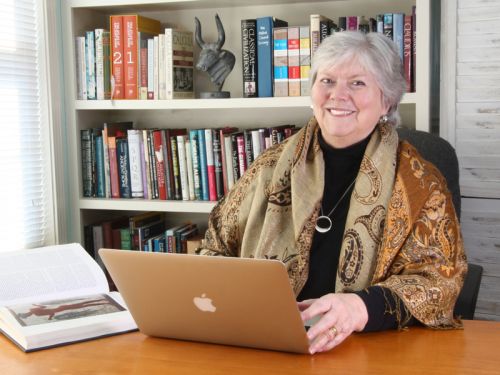 A boat isn't the best place to get a lot of writing done. Most of my creative time is spent at my office in Jonesport, Maine, with its views of Moosabec Reach and Beals Island. 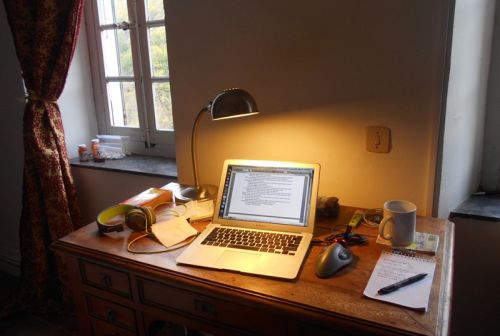 I'm really productive behind this desk at La Muse Artists & Writers Retreat in France. (Need space to develop your own creative project? Check it out.)